Robin Parker is Executive Director of the Beyond Diversity Resource Center (BDRC) where he has built his reputation on a personal commitment to craft innovative diversity programs. His work is grounded on the idea that we can build a more inclusive society through diversity education. Before joining BDRC, Robin served as a Deputy Attorney General in the New Jersey Division of Criminal Justice, and Chief of the Office of Bias Crime and Community Relations.

He received his Juris Doctor degree from the University of Illinois Law School. He is the recipient of numerous awards, including the World of Difference Award from the Anti-Defamation League of the B’nai B’rith, the Rachel Davis Dubois Human Relations Award from the International Institute, and a New Jersey Senate Citation for Excellence in Human Relations.

Along with Pamela Smith Chambers, Robin is the co-author of the books, The Anti-Racist Cookbook and The Great White Elephant. He is also the author of published articles on diversity issues, hate crime, and human sexuality. 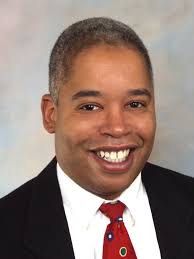