Activist, educator, and scholar, Charley Flint is Professor of Sociology at William Paterson University, Wayne, New Jersey. Dr. Flint is also the Coordinator of Internships in Criminal Justice; has served as the Director of the Race and Gender Project; and was the founder of ALANA, a program of and for women of color in higher education in New Jersey.

Charley was the first black woman to receive a PhD in Sociology from Rutgers University in 1981, where she was an active participant in the development of the Women’s Studies Program. She has published and presented on a range of subjects including the reintegration of incarcerated females, poverty and teen pregnancy, the intersectionality of race, gender and class in political attitudes as well as issues of whiteness and white privilege. She has contributed to several publications, serves as peer reviewer for the Journal of Violence Against Women and has been interviewed on CBS, NBC, FOX, BET and in several print media outlets on issues of race, ethnicity, criminal justice, and gender.

Charley is also past Chairperson of the Board of Trustees of the New Jersey Association on Corrections, past President of The New Jersey Association of Criminal Justice Educators, and past Board President of the YWCA of Eastern Union County. In addition to her services as a board member, Charley also designs and co-facilitates workshops for CSWAC. 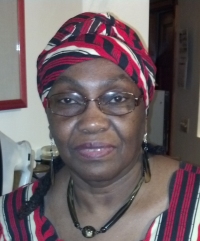