Robin Mallison Alpern is a white cis-gender woman raised in the Religious Society of Friends (Quakers). She has a lifelong concern for racial justice and equity. She works with anti-racism organizations in her home community and among Quakers, including cross-racial groups and white caucus groups. Her anti-racist vision and practice have been informed and shaped by a multitude of mentors and leaders, both white and of color.

As Director of Training at CSWAC, Robin co-designed and co-leads a series of workshops on What White People Can Do About Racism. Robin’s focus is on engaging white people in work for racial justice and equity. She couples compassion for white people’s humanity with an invitation to accountability and commitment to a life of anti-racist activism.

Robin has co-presented workshops at the annual White Privilege Conference and has been a guest speaker at events and on podcasts. She was recruited by professors at Vassar College to help develop and teach an off-campus class for educators on How to Talk About Race with children.

Robin has raised four white children who teach her every day how to make the world a better place to live. 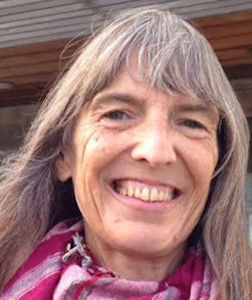